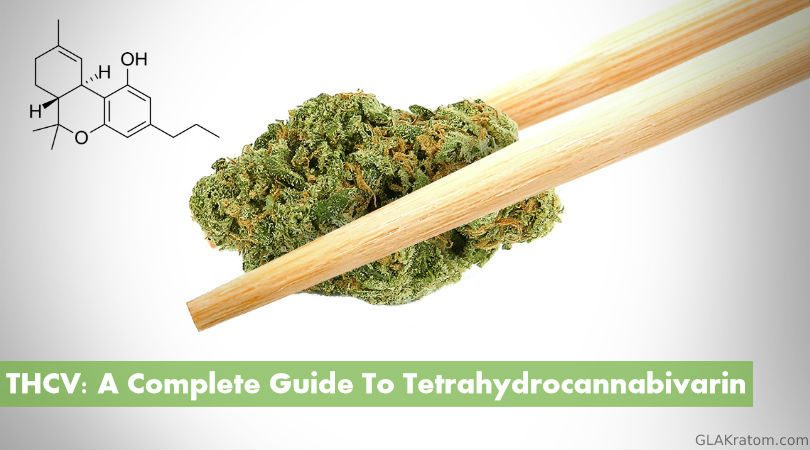 While THC is an agonist of the CB1 receptor, THCV acts as an in inverse agonist, meaning it binds to the same receptor but produces an opposite pharmacological effect. Unlike THC, therefore, it is non-psychoactive and suppresses the munchies, with some research suggesting that it can even cancel out the effects of THC.

In one study, cannabis users were given an oral dose of THCV shortly before being injected with THC, with the result being that none of them got particularly high. However, because THCV occurs in such low concentrations in most cultivars, it’s pretty hard to ingest enough of it to counteract the effects of THC in the real world.

Interestingly, THCV also binds to CB2 receptors, leading to suggestions that it could help reduce inflammation, treat pain and possibly even protect against dementia.

Although THCV looks molecularly identical to THC, it acts completely differently in the body and is not a scheduled controlled substance in the United States. THCV is federally legal as long as it’s extracted from hemp plants that contain less than 0.3% THC. At a state level, THCV is also permitted in all cannabis strains where medical and/or adult use is legal.

The Benefits Of THCV

Because it suppresses the appetite, THCV is currently being studied as a possible treatment for obesity. Research has shown that it helps to decrease food intake and trigger weight loss, while human trials have indicated that the cannabinoid alters the brain’s response to food.

One study on humans with type 2 diabetes showed that THCV helps to control blood glucose levels, in part by interacting with a hormone called adiponectin, which regulates plasma glucose and fatty acid breakdown. This capacity to modulate key metabolic processes has been demonstrated in a number of animal studies, indicating that THCV may well prove an effective treatment for a range of disorders, including diabetes.

That it also interacts with the CB2 receptor has added to the intrigue surrounding THCV. Studies have shown that this decreases inflammation, which translated to a reduced pain response in mice. Meanwhile, separate research has indicated that THCV helps to alleviate dementia in rodents by triggering an antioxidant effect after binding to CB2 receptors. This prevented neurons from becoming damaged, leading to improved motor skills among animals suffering from a condition akin to Parkinson’s disease.

HOW DOES THCV WORK IN THE BODY?

Like THC, CBD, and other cannabinoids, THCV exerts therapeutic effects through interaction with chemical receptors in nearly every system of the body. The two primary chemical receptors are called CB1 and CB2, which make up what is known as the Endocannabinoid System (ECS). This system is involved in regulating a wide range of our body’s functions required for optimal health.

CB1 receptors are found throughout the body but are concentrated in the brain and nervous system, while CB2 receptors are more prevalent in the immune system. At low doses, THCV acts as an antagonist to CB1 receptors, which means it can block some of the actions caused by THC such as the munchies and intense mental highs.

At higher doses, however, THCV activates both the CB1 and CB2 receptors, and exhibits effects that more closely resemble THC. This results in the enhanced euphoric and cognitive effects along with therapeutic value.

Where To Find THCV

As previously mentioned, THCV tends not to occur in high concentrations in cannabis, although its impressive medical profile has generated an interest in high-THCV cultivars. As a result, it’s becoming slightly easier to come across strains that have been specifically bred to express this fascinating cannabinoid.