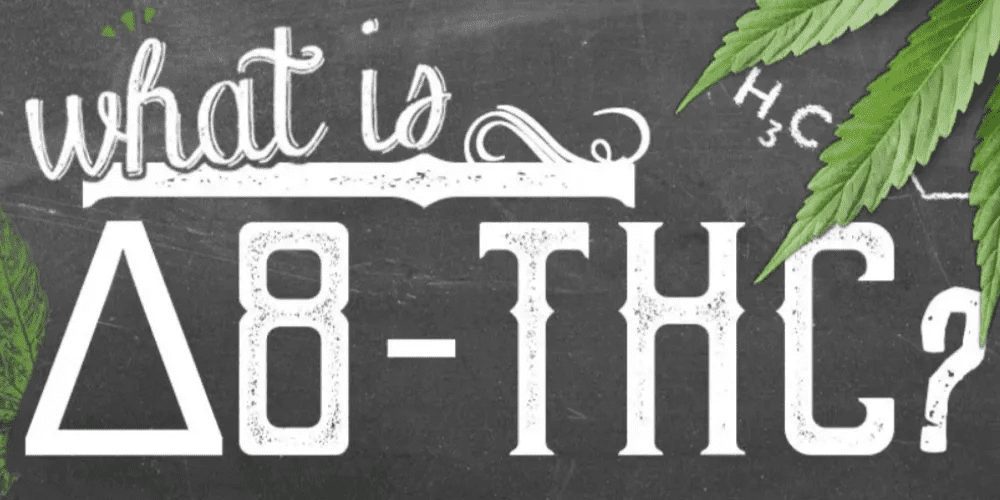 The growing list of medical benefits for cannabis and it’s derivatives are hard to ignore. Users and doctors alike swear by the many treatments it offers, and every new study seems more promising than the last. On top of this, recent developments in new THC strains are generating a lot of interest from the medical community. One in particular, Delta-8 THC, appears to be extremely promising as a more functional medical substitute than the very psycho-active Delta-9 THC.

In the two main cannabinoid groups (which consists of CBD and THC), THC is often mislabeled as purely recreational because people use it to get high. This is a huge misconception actually, and the reality is that THC has incredible medical and therapeutic potential along with the benefits of CBD. It can alleviate a number of very real ailments such as chronic pain, nausea, and even sleep disorders. The US government legally recognizes single-molecule THC as an anti-nausea compound and appetite booster.

In many ways, that is only the tip of the iceberg. More studies continue to reveal a huge range of applications for THC in the medical community. Recently a team at the Scripps Research Center in San Diego found that THC inhibits an enzyme that helps form amyloid beta plaque in the brain, one of the large contributors to Alzheimer’s-related dementia.

The benefits that can be found from THC are vast, but a huge problem facing the industry are the number of very real side effects that turn off many prospective patients. It becomes a kind of cost-benefit analysis, where people seeking relief are forced to deal with the powerful side effects. Many users don’t want the feeling of being “high” at all.

This is exactly what makes Delta-8 so appealing. Because of its unique structure, Delta-8 is capable of providing a range of therapeutic treatments, with almost zero active side effects.

All cannabinoids interact with the bodies natural receptors. Delta-9 THC, the most active ingredient in cannabis, binds strongly to the CB1 receptors. Those receptors are responsible for the psychoactive feelings, aka the fogginess and intoxication, sometimes it leads to paranoia.

Delta-8 THC will also bind to the CB1 receptors, meaning you get some of those high feelings. But it binds differently, which leads to a less overwhelming psychoactive experience. It also binds with a totally different set of receptors, the CB2 receptors, which more commonly interact with the other cannabinoids.

This means Delta-8 gives a different kind of high. One that is less potent, but brings a range of unique effects. And in fact, researchers often describe it as the middle ground between Delta-9 and CBD.

The most famous of these three would have to be the CBD group, which has proven calming effects. CBD has recently exploded in popularity because of it’s soothing qualities.

The most noticeable difference reported among first-time Delta-8 users was the quality of the high. Compared to cannabis, the effects are fairly mild. It is said to be more alert and energetic, and more relaxing overall. Users will notice the difference in mental state, but it will feel far less hazy, instead the feelings are much more light and tend to be soothing. The reason for this goes back to the dual-receptor interaction of the molecule.

What Delta-8 THC brings to the table

The primary advantage that Delta-8 boasts is lower potency, which leads to lower psycho-activity. This makes delta-8 ideal for first-time medical users, because high doses have been shown to cause significantly less anxiety than traditional cannabis. Researchers have generally concluded that delta-8 produces roughly 50 to 75 percent of the psychoactive effects, and it could be thought of as a much more tolerable version of THC. Users can still focus and go about their work, all the while enjoying the relaxing effects that are expected from THC.

Delta-8 THC was removed from the controlled substance list because it was recognized to be less potent, and seemingly uniquely capable of providing the incredible effects of THC without the overwhelming high. This is particularly useful for first-time users, and any patients who want the relief without the disorientation.

The practical uses of this new THC are wide-ranging. The four biggest areas of potential medical application with Delta-8 are its ability to inhibit vomit and nausea, fight anxiety and panic attacks, stimulate appetite, and relieve pain. There are numerous other potential benefits. But these are the best-established and most promising.

Among the above benefits, delta-8-THC is reportedly particularly useful when reducing nausea and stimulating appetite. Those effects in particular could be extremely useful for patients undergoing any number of uncomfortable treatments. And when you dive into the research, the possibilities seem endless.

The national library of medicine published a study that indicated Delta-8 was responsible for increased production of Acetylcholine, an important neurotransmitter that helps the part of the brain called the hippocampus with memory and cognition.

Additionally, a 2018 pre-clinical study showed that Delta-8 was an effective way to reduce pain and inflammation in mice.

From a medical standpoint, Delta-8 THC has the potential to completely replace medical marijuana’s Delta-9 THC effects, and with good reason. The data would appear to show that this functional alternative can offer all of the major medical benefits of weed, minus the punishing side effects. And as researchers gather more information, they are confident that new, yet-undiscovered treatment options will emerge.

One thing is certain: Delta-8 is already getting a lot of attention, and it’s still in the infant stages of testing and exploration. Right now the biggest limiting factor is the newness of the compound and the science to support it. Only time and testing will prove the power of this new THC. Watch out, Delta 8 may be overtaking cannabis much sooner than you think!

Want more information on Delta-8 Or Kratom? Click HERE to explore the rest of our blogs!

How Does Delta 8 THC Compare to Delta 9 and CBD? –  Indica Vs Sativa, What’s The Difference?